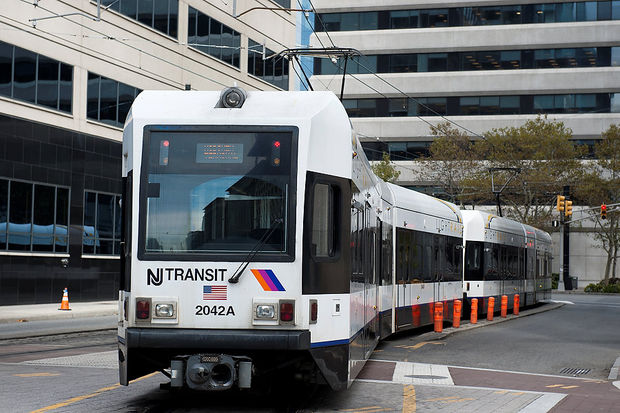 via Matthew Speiser/ The Jersey Journal

A group of North Jersey elected officials are serious about putting the “Bergen” in the so-far-misnamed Hudson-Bergen Light Rail system.

Today, members of the Hudson/Bergen Light Rail Commission — a group of mayors from Hudson and eastern Bergen counties — gathered with Assembly Speaker Vincent Prieto, D-Secaucus, at the Exchange Place Light Rail station to throw their unanimous support behind a plan to extend the light rail line north to Englewood.

“Fundamental to how we live, how we work, and how we create jobs is transportation,” said Englewood Mayor Frank Huttle III, who co-chairs the Hudson-Bergen Light Rail Commission along with Jersey City Mayor Steven Fulop. “Just look at what the light rail has done for Jersey City and Hoboken.”

Prieto said the funding for the expansion would come from the replenished state transportation trust fund, adding that the committee would like to see an investment of $2 billion to connect the two most densely populated counties in New Jersey.

View all posts by Editor