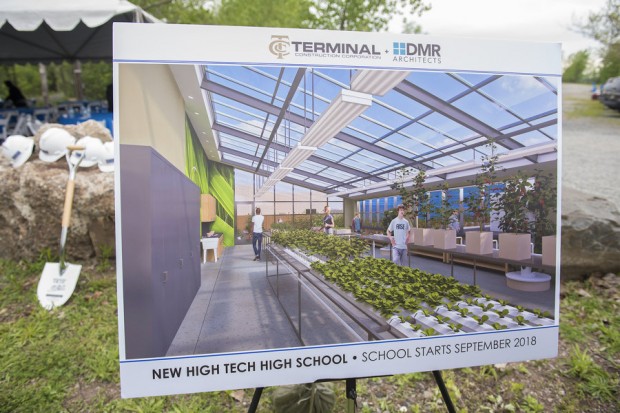 SECAUCUS — High Tech High School will have a new home for the 2018 school year.

Officials broke ground this afternoon at Laurel Hill County Park on a new $160 million, 350,000-square-foot county high school. The school will move from its current location in North Bergen.

Hudson County Executive Tom DeGise said replacing the 100-year-old building has been a top priority in his tenure and the project has always been “very close to (his) heart.”

“This high school teacher can’t wait to come out in two years, or 18 months, to cut a ribbon on this,” he said.

The county announced plans in 2014 to make the move to the new site in Secaucus — which was previously home to the now relocated Field Station Dinosaurs. The state approved to fund 59 percent of the new school and the county will be responsible for the remainder of the funding.

Officials said proceeds from the sale of the current building will be put toward the project. The Jersey Journal previously reported the property was valued between $15 million and $20 million.