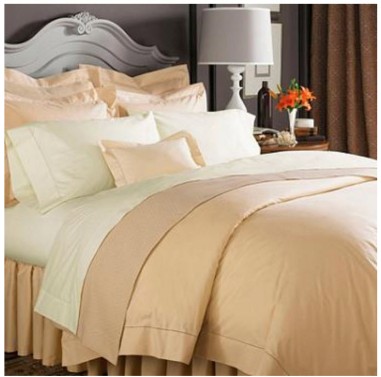 Do you resist getting a duvet because changing the cover is such a hassle? This “burrito roll” will have you changing your cover like a boss.

1.  Turn the duvet cover inside out. Lay it on top of your bed with the cover’s opening facing away from where you stand.

2.  Place your comforter on top of the duvet. Make sure all of the corners are aligned. If you have corner ties, tie them together.

3.  Stand opposite of the opening. Begin to roll the comforter and duvet together like a burrito.

4.  Once everything is rolled up, grab one end of the roll and, using the enclosure of the duvet cover, stuff the comforter roll inside, similar to a sandwich bag.

5.  Button or zip the duvet cover closed. Position the burrito/roll on the bed so that the enclosure is aligned with the bottom of the bed.

6.  Begin unrolling and you are done!

View all posts by Editor